our adult gymnastics camp held in january 2016 was a total blast!

January 16-18, otherwise known as Martin Luther King weekend, was the time, and Atlantic Gymnastics was the place. The 2016 Winter Adult Gymnastics Camp was a smashing success. Adult gymnasts from all over the globe gathered for 3 days of gymnastics fun. Gymnasts from down the road in Somersworth NH convened with gymnasts from Spain and Australia to share in 15 hours of training and clinics. 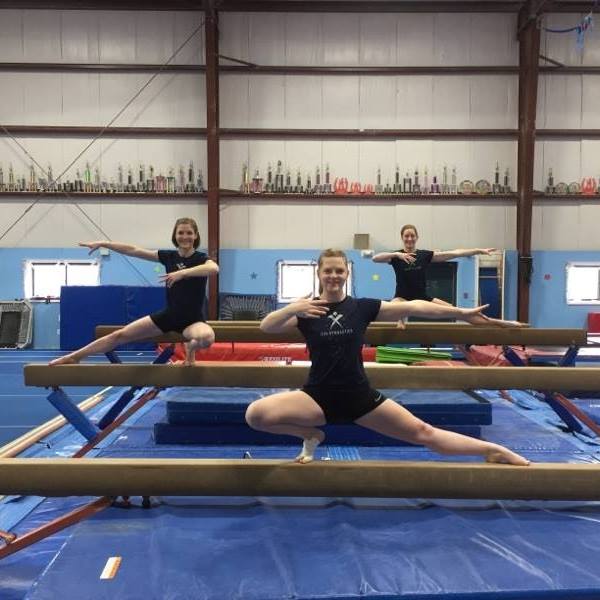 Tony Retrosi, the owner of Atlantic gymnastics, was in the house. We had several guest coaches including James Parent of TumblTrak who specializes in coaching clinics and Liz Neale from Off the Wall Gymnastics in Plaistow NH. The camp was directed by Gina Paulhus, an Atlantic Gymnastics gymnast and Ladies AAU adult gymnastics competitor.

hear from one of our campers about her experience!

"How fun! Camp was amazing and I can't thank you all enough for having it! And thank you for helping me achieve new and old skills :)"

"Thank you both so much for hosting the Adult Gymnastics camp at Atlantic Gymnastics.   I can't tell you how amazing it was to be around people who didn't think I was crazy to continue to push myself in this sport.  Every coach was super helpful and patient, and all my fellow "campers" were so supportive and encouraging. This was definitely one of the best experiences of my adult life!

I hadn't even come close to attempting this pass in over 30 years, and this is me on the second day of camp....at 47 years old. Amazing. Thanks again! Can't wait till August 12th!"

Read Jules' story about overcoming her limitations as a diabetic gymnast at camp!

Coaches and athletes alike were tremendously engaged which resulted in some breathtaking gymnastics. The spirit of the camp seemed to be attempting new skills, or skills that the gymnasts had not performed in years (or even decades in some cases!) For some, it was their first experience vaulting with the table - that thing looks HUGE if you are used to the 'twinkie.' However, many of the adults quickly learned that the TumblTrak is your friend, even if they did not grow up training on such a contraption.

Camp provided structure with conditioning, basics, and flexibility, but still offered plenty of time to work on individual goals. We focused on the women's four artistic gymnastics events, although the men arguably had some of the best switch leaps in the business :)

Whether someone got their first-ever kip on bars, or flipped a tsuk on vault for the first time, everyone received the same amount of attention, cheers, and support. Whether it was providing a ride to someone who was traveling sans car, getting a double spot on that skill you haven't tried in a decade, or offering someone encouraging words who was dealing with a fear, this camp was a soft landing place for adult gymnasts of all ages and experience levels.

In addition to the 13 hours of training and 2 hours of clinic covering the topics of Failure, Goal Setting, and Fitness, we had a number of social outings. These included an impromptu visit to Buffalo's Wild Wings to see the Patriots Playoff game, and also Dinner at the Dolphin Striker in downtown Portsmouth. We wrapped up the camp with awards and hanging out at Paddy's Grill in Portsmouth.

Athletes left camp pleasantly sore and happy--with a plan on how to continue pursuing their gymnastics dreams and goals. And I don't doubt that some lifetime friendships were formed, exemplified by the warm hugs that were exchanged between returning campers who met each other at our past summer camp.

My cheeks hurt from smiling all weekend. I thank all gymnasts and coaches for pouring their heart and soul into camp. We couldn't have done it without you. 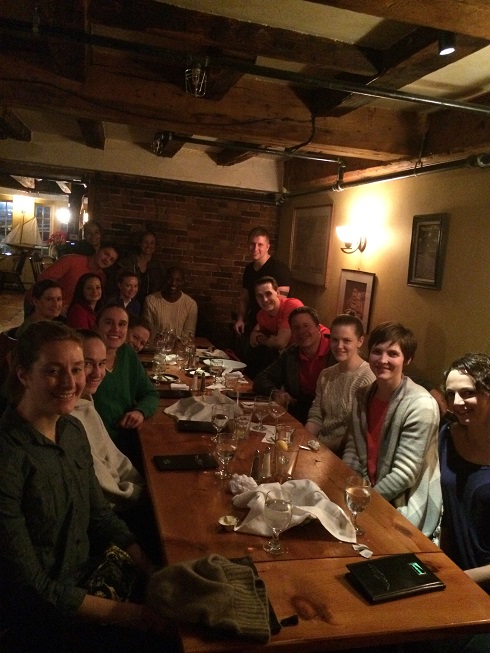 Check out these videos from 2016 Winter Adult Gymnastics Camp!

They were taken Martin Luther King weekend in January at Atlantic Gymnastics in Portsmouth NH. 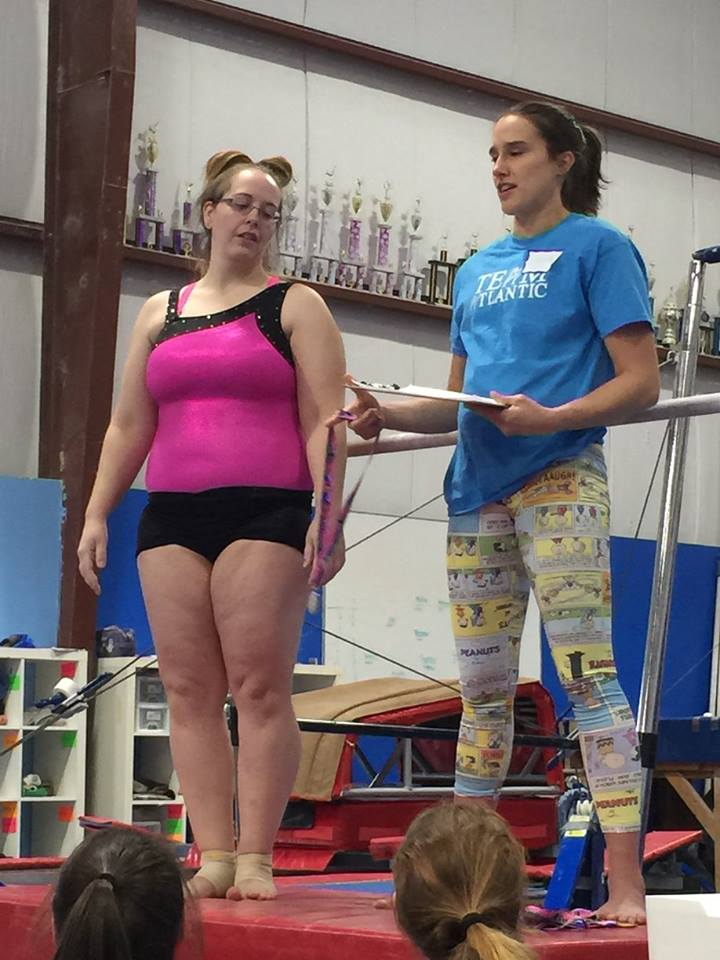 We gave out some special awards to some very deserving campers:

Best "oops" moment of camp: When Tony Retrosi handed out a 'prize' of a gift certificate to Outback Steakhouse...to the vegetarian.

Favorite quote, when gymnasts asked me for pills: "This camp is BYOA (Bring Your Own Advil).

Visit this page to find the lastest info. on future camps!

Disclaimer: Adult gymnasts and coaches give advice and suggestions on this page. By reading and implementing the information, you assume all liability for injury. The advice given is for educational purposes only. Please check with your in-person coach and ensure that you have the proper pit, mats and/or spot available before trying any suggestions. If you don't agree to these terms, do not attempt anything that you see on this page.

Have your say about what you just read! Leave me a comment in the box below.